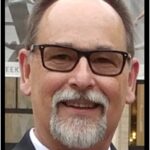 Bob Gallagher has been married for over 20 years. He has 5 children and six grandchildren. He has faithfully served the Methodist Church in various capacities for over 20 years. Pastor Bob was ordained in 2019 and was Grace Ministries USA President for 5 years. 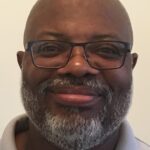 Leon Harris married for over 20 years and has three children. Leon is the Pastor of Friendship Baptist Church and has served in the federal government for 20 years. Pastor Leon currently leads the Grace Ministries USA Memphis office in Tennessee. 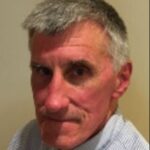 Mr. Jago is a retired Christian school teacher of 25 years. He has been married for 36 years to Nelda and has two children, Brittany and Dillon. He holds a Bachelor of Science in Education from Pensacola Christian College and a Master of Arts in Physicals Education from Weybridge University. He has coached soccer at the high school, collegiate, and club levels for 35 years.

Rev. Ken resides in Wake Forest, North Carolina. He retired from the United Methodist Church in 2007. During his tenure as a minister, he has worked with Martin Luther King Jr., Ralph Abernathy, Jesse Jackson, Hosea Williams, David DuPlessis, Harold Bredesen, John Wimber, Mahesh Chavda, Mark Pearson, Gwen Shaw, and Richard Booker. Rev. Ken is a graduate of Milford Academy, Ohio Wesleyan University (BA in Sociology & Pre-Theological Studies), and Boston University School of Theology (ThM in theology and S.T.M., Pastoral Counseling Track). In addition, he attended the Hebrew University, Jerusalem for Overseas Students in conjunction with the Rothberg School of Overseas Students. He has served the Lord in the United States, Israel, China, Malaysia, Singapore, South Korea, France, and Germany. In addition, he has directed the New Bedford, MA Drug Treatment Program; worked with the Psychiatric Social Program at Rainbow Half-Way House for mentally challenged men; directed the Counseling Center at the Burrillville, RI UMC; worked with State and Federal Police on the Occult Task Force, RI; and the Deliverance Ministry in Salem, MA. Rev. Ken’s passion is serving Jesus Christ, his Lord, and Savior in the power of the Holy Spirit. Rev. Ken has had the opportunity to be a tour host for 30 trips to the Holy Land; 2014 -2018, Chaplain of the Alton Bay Christian Conference Center; Intercessory Prayer Pastor Wake Forest UMC 2008. He is an active Rotarian, and Chaplain Wake Forest & Alton New Hampshire. He has led teaching trips to China and Southeast Asia including South Korea. In his current service in ministry, he serves as the Elder Pastor at All Nations Church in Raleigh, North Carolina. 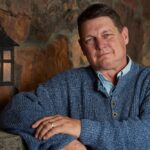 Bert Woodburn is married to Cindy for over 25 years. They have three children, Josh, Jessica, and Jake. Although Bert and Cindy hail from Maryland, they have been in North Carolina since 2001. Bert graduated from Southeastern Seminary. He has served for more than 20 years as a youth director, youth pastor, children’s pastor, missions director, and men’s minister. He believes that the Gospel is central to living a life that will honor God by serving others and especially sharing with others. Bert has devoted his life to serving his community and all those he meets.